Contemporary Perspectives on China and Socialism: An Overview 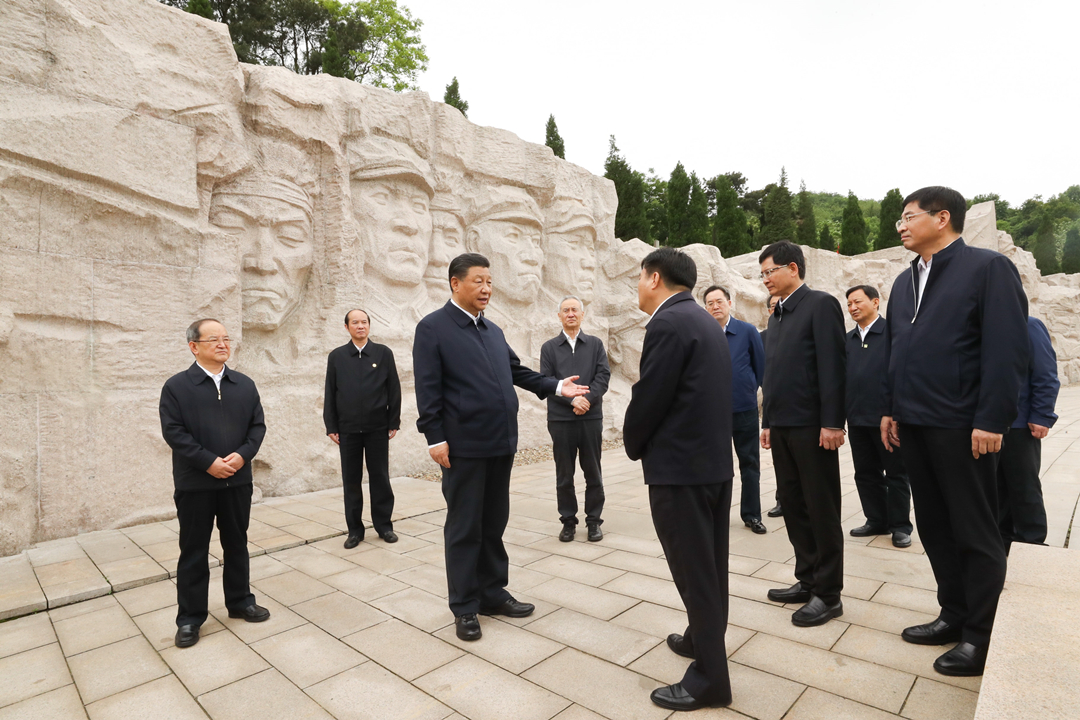 While political commentators in the West seem to agree on very little these days, one point does seem certain across the spectrum: Westerners know far less about China than we should. Our ignorance is not our strength. In fact it will harm us deeply if it isn’t corrected in the years to come. At a time in which phrases like “new Cold War” are starting to get tossed around, we can’t afford to be misinformed about this powerful nation. Ardent right-wingers have made this argument, as have left-wingers. On podcasts and elsewhere, I’ve tried to put my own socialist-specific (and neutral-as-possible) spin on the proposition, with the following series of claims:

Most socialists in the US would have no qualms over number 1. Number 2 is of course contestable. 3 tends to throw many for a loop. Yes, the CPC does still claim to be engaged in socialist governance. This claim didn’t vanish after Mao’s death. As current president Xi Jinping asserted in a recent speech to the 19th CPC Central Committee: “guided by Marxism, the Chinese socialist system and state governance system have developed from the real conditions and culture of China, and they enjoy the full support of the people.”

Of course one common response here in the U.S. to such an assertion is to scoff and dismiss. And who can fault such a reaction? After all, China today faces massive inequality, and what sort of “socialist governance” allows Apple Stores? The arguments on all sides (“China remains socialist” vs. “China has reverted to capitalism”…and even the occasional “China was never socialist”!) are of course far more complex than what I’ve described thus far. In an effort to help remedy some of our collective ignorance about contemporary China and its development path, I’m presenting here a literature review that will cover in detail five different viewpoints from Marxist/socialist scholars, including the CPC’s claim that China continues on a socialist path today.

In their article “Not Some Other -ism”, Roland Boer and Yan Ping identify “four hypotheses” coming from Western Marxist scholars , used to interpret contemporary China, specifically the development of the People’s Republic since the Reform and Opening Up initiated in 1978. They are the following: capitalist socialism, bureaucratic capitalism, neoliberalism with Chinese characteristics, and state capitalism.

In this brief overview I will summarize each of these four approaches, identify their most well-known adherents, recommend further reading on each, and then give a synopsis of what I’ll call the “fifth hypothesis,” namely the argument touched on above that China’s governance and development continues on the socialist path, as influenced by Marx and Engels, and myriad Marxists thinkers and practitioners who came after them.

The term the infamous polymath Zizek uses to describe contemporary China is “capitalist socialism.” What is meant by this paradoxical phrase? Zizek, in applying this label to China today, acknowledges some form of socialism in the country. For Zizek, “capitalist” names the economic functions of China, while “socialism” names the political functions. He fully grasps and explains the official CPC line on this ongoing contradiction: that capitalist means are being used in the present for accomplishing socialist ends in the future. Where Zizek diverges from the CPC, however, is with his belief that the means have become the ends, and that there is in fact, sadly, no socialist end in sight.

Maurice Meisner is a very influential figure in Western Marxist sinology. Coming from the Maoist tradition, and defending many of what are considered its worst excesses, Meisner finds a rupture with the socialist road in the ascension of Deng Xiaoping to power after the death of Mao in 1976. This rupture Meisner calls “bureaucratic capitalism.” Meisner acolyte Thomas D. Lutze summarizes the former’s hypothesis:

…with Deng Xiaoping’s rise to power, the earlier Maoist attacks on the bureaucracy came to a halt. Although the bureaucrats, who were mired in inertia and jealous to maintain their established positions of power, originally resisted the reforms to some degree, they soon came to see the enormous material benefits they could reap through their privileged positions in the process of privatization. They quickly embraced the “virtues” of marketization and set about creating what had been missing in China—a modern bourgeoisie.

Widely celebrated scholar and popularizer of Marxism David Harvey brought this hypothesis to the fore in his A Brief History of Neoliberalism. For Harvey, neoliberalism writ large is a “theory of political economic practices that proposes that human well-being can best be advanced by liberating individual entrepreneurial freedoms and skills within an institutional framework characterized by strong private property rights, free markets, and free trade.”

“[N]eoliberalism arose at the end of the 1970s and was aggressively promoted in the 1980s and 1990s.” As Harvey points out, “[t]he Reform and Opening-Up…coincided with the neoliberal agenda in…other parts of the globe.” Therefore, Harvey contends, Deng’s reforms fit under the larger pattern. For further reading see also Capitalism with Chinese Characteristics: Entrepreneurship and the State by Huang Yasheng.

First of all, the description of contemporary China as “state capitalism” should not be confused with Lenin’s use of the term. As deployed in “The Tax in Kind”, Lenin intended the phrase to signify “the main elements of [the Soviet Union’s] present-day economy, which is transitional from capitalism to socialism.” However, in more recent decades both Marxist and non-Marxist scholars (exemplary and most well-known among them being perhaps C.L.R. James), using the phrase to critique post-Reform and Opening Up China, mean something else. Namely: it is a state that has “refused or turned away from neoliberal approaches”, that  is “interventionist” and  is thus a “major controller of the market.”  Additionally we see, after the new revolution:

…the urban petty-bourgeoisie comes to power at the head of a peasant revolt [and] achieves national independence…expropriate[s] the private property of the national bourgeoisie and foreign capital…develop[s] cadres of the petty-bourgeoisie to administer the one-party bureaucratic-administrative state…carr[ies] out thereby the intensified exploitation of the proletariat in production…[and] solve[s] not one single problem of the agrarian revolution, which requires a complete reorganization of the economy on an international socialist basis.”

All this makes way for “the state with its new ruling class [to impose] capitalist forms on a population that…lack[s] a voice.”

The conspicuously absent perspective thus far is, of course, the argument that contemporary China continues to follow a socialist path up to the present day 2021. This is a common and taken-for-granted assumption in many parts of the world, but in the West, particularly in the United States, this hypothesis tends to code as a quite bizarre and nonsensical claim, usually one not worthy of even cursory consideration. Therefore, I will take a little bit longer to try to explicate this perspective, as this article is targeted at a U.S. audience.
As mentioned in the “Capitalist Socialism” section above, this perspective traces a historical trajectory from the building of common cause with the whole of the Chinese people, especially the proletariat and peasantry of all nationalities, in part during the “Long March”, to the winning of state power on the basis of that bond in October of 1949. The weakening of the USSR and the growing strength of neoliberalism in the late 1970s and 1980s then necessitates certain short-term compromises with global capitalist markets and superpowers, but the core goal of a prosperous, harmonious, socialist society and the means to achieve that goal remain firmly intact.

When asked to define “socialism”, many Western Marxists would probably reply: “the ownership of the means of production by the working class.” This definition, from the CPC perspective, is technically correct, but one-sided. The definition from Marx and Engels’ Communist Manifesto includes this  ownership element, but also notes that socialism will “increase the total of productive forces as rapidly as possible.” It is understandable Western Marxists wouldn’t concern themselves too much with this second part of Marx and Engels’s two-fold definition, as we live in societies whose productive forces are already quite developed. This concern of liberating the productive forces, therefore, is not in the forefront of Western Marxists’ praxis. For Marxists within the CPC, however, this concern has been one they’ve held for many decades, going back even to 1949, and throughout Mao’s leadership, and then continuing on during the period of reform and opening up, precisely because China was not a fully developed capitalist economy at the time of the revolution of October 1949.

An important struggle during the building of socialism, as outlined in Chinese socialist scholarship, is the tension between these two components of the Manifesto’s definition of socialism. If “liberation of productive forces” is emphasized over “working class ownership of productive forces”, the result will be “imbalanced socialism”, or “uneven development.” If working class ownership is emphasized to the detriment of the liberation of production, the entire economy stagnates and the country is left in poverty. And as a popular phrase from Deng Xiaoping accurately puts it: poverty is not socialism.

As outlined in the above expositions, many Marxists in the West insist China’s governance has given in fully to a capitalist mode of development, and that “liberation of productive forces” has completely trumped “working class ownership of productive forces,” such that we are not seeing “imbalanced socialism” when we look at contemporary China but rather full-blown capitalism.  From the CPC’s perspective, however, this is an ongoing struggle that is far from settled. This struggle will only sharpen in the coming decades, as forces both within and without China try to undermine its socialist development, but Xi Jinping has stated the party should welcome the struggle nonetheless.

The purpose of this article is not to argue for one or another of these perspectives, but to provide Americans (especially American socialists) with resources to read and engage further on the topic of Marxism and China. On this note, it also cannot hurt to learn a few Chinese characters. The American Mandarin Society provides a glossary of key Chinese terms relevant to our contemporary geopolitics. They include the simplified characters, the phonetic pronunciations, and the English translations. If you have any questions or want to discuss these issues further, my email is in the author bio.


Chet Ozmun teaches for the Chicago Public Schools (including after-school Chinese classes) and is on the Class Unity Central Committee. He can be reached at chetcozmun@gmail.com.