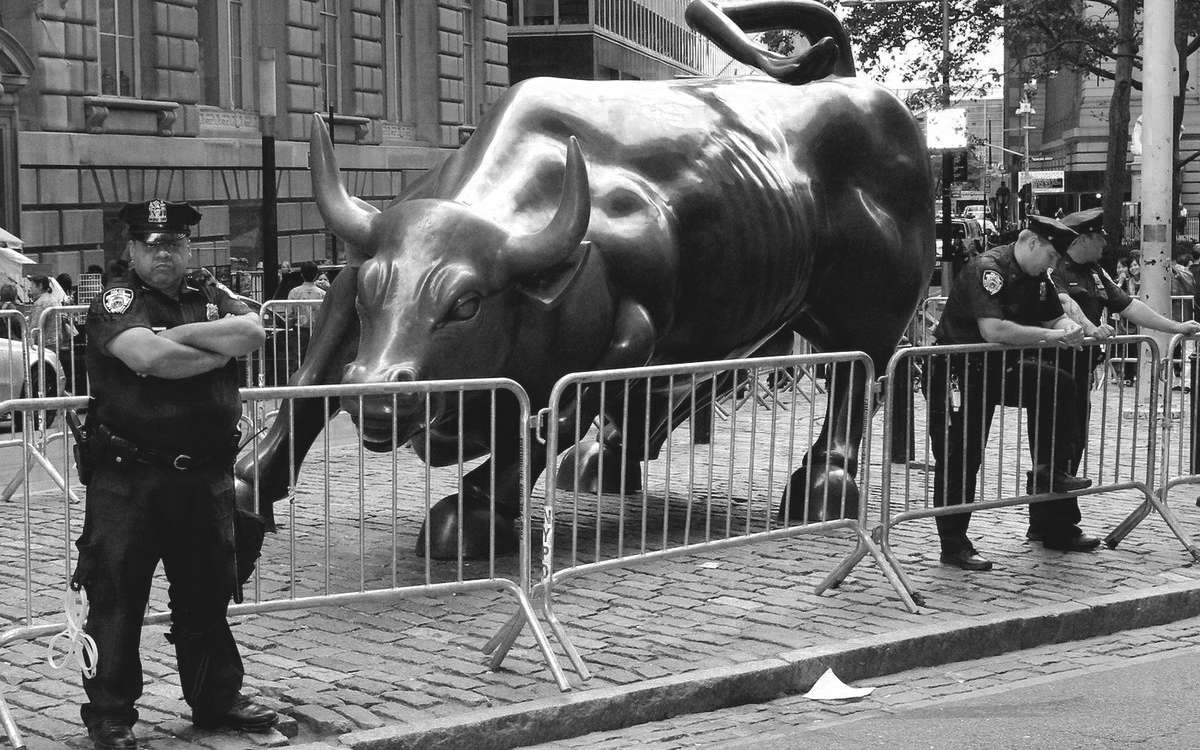 Racially disparate outcomes along a variety of axes are a reality of life in the United States, but Marxists should not follow liberals in ascribing the cause of these disparities to a trans-historical, quasi-mystical force called “white supremacy.” Rather, we must attempt to make sense of racial disparities using a materialist lens.  The need for such an analysis is all the more pressing in light of the recent protests against police violence, a phenomenon that the ruling class has sought to strip entirely of its class character.

In the context of mass social unrest in response to the murders of George Floyd, Breonna Taylor, and other black people in the United States by police officers, the People’s Policy Project released a paper on class and racial disparities in police killings. Using data from Fatal Encounters, which tracks police killings based on local news reports, the paper looked at the racial classification of the victims and where each killing occurred. The location of the killing serves as a proxy for the socioeconomic status of the victim. While one of the better options available due to the lack of robust data on the victims of police violence, this method likely undercounts the amount of poor people killed in rich areas, as it  seems reasonable to assume that a disproportionate share of those killed in wealthy areas are themselves poor.

In contrast to the pervasive view that police killings are a problem for black people specifically (regardless of their class position), rather than poor and working people generally, the study found that the poorer someone was, the more likely they would be killed by police regardless of their race. A similar study by the same author found that 60% of all police killings occurred in the two lowest poverty quintile areas. These findings parallel an earlier study that found that 95% of all police killings happened in neighborhoods with incomes under $100,000. The PPP study’s conclusion that the poorer you were, the more likely it was that you would be killed by police held true for the three racial groups examined—whites, blacks, and Latinos.

After controlling for socioeconomic status, blacks were still killed at a higher rate. Only black, Hispanic, and white Americans were examined because there was not enough available data on other populations. This limitation likely missed the phenomenon of police violence against indigenous people, especially those in Alaska. Latinos are also not a racial group according to the census, and include people who may be considered either white and black, or, more often, mixed.

A previous PPP study examined mass incarceration among young men, and found that if you control for the overrepresentation of blacks among the working class, then blacks are no more likely to be victims of mass incarceration when compared to whites, except as it pertains to sentencing disparities. The carceral system primarily locks up poor men, and black men are disproportionately poor. Since the incarcerated population is mostly poor, in other words, and Black Americans are overrepresented among America’s poor, they are likewise overrepresented among America’s incarcerated population.

Socialism and the Just Society

A socialist organization must attempt to understand why police brutality and mass incarceration exist.  For a socialist, a more equitable distribution of exploitation does not make a society just. A racial shuffling of the upper and middle echelons of society does little to improve the material circumstances of the multiracial working class. As Cornel West has said, simply putting “black faces in high places” does not challenge the power of capital as long as those faces are still fundamentally committed to upholding capitalism and militarism.

We are still left with the question of why racial disparities persist after having controlled for socioeconomic status. A disparity is an outcome, but not an explanation or a proof, and it can have various causes. The Right blames racial disparities on culture, lack of initiative, and family structure. These positions have little basis in empirical reality. Liberals blame racial disparity on the persistence of “white supremacy,” a phenomenon encompassing everything from microaggressions to cross burnings. They claim that policing descends directly from slave patrols despite the fact that modern policing evolved mainly in northern and midwestern industrial cities.

Given that the injustices perpetrated by police occur almost entirely in poor communities, a reasonable explanation seems to be that police in American society function primarily to protect wealth and property from a surplus population that has been made redundant to capitalist exploitation, and whose labor is no longer needed for accumulation. Instead of directing resources towards the working class, the government and both parties blame the poor for their poverty. This bi-partisan demonization of the poor helps to justify militarized policing, the explosion of prisons, and provides cover for an economy that extracts profits from the working class but does not provide for their well-being.

This is not to deny that there is a racist element to policing — there is—but this racist element is explainable by political economy that leaves “white supremacy” out. Namely, the plantation economy of early America required massive labor exploitation to function. To assuage the consciences of the slave-owning elite, the enslaved were categorized as a race through bigoted practices despite the fact that race has no basis in biology. In service of the white plantation elite, and in tandem with industrialization in the northern United States as well as in England, race became further reified persisting throughout the Jim Crow years as those elites used a racial caste system to keep the wages of blacks and poor whites down.

What is particularly interesting about our current moment is that overall wealth inequality as well as racial wealth disparities continue to broaden despite the fact that racial disparities in police brutality are actually decreasing. Since 1968, the disparity between police killing young black men and young men at large has narrowed. In spite of this, American police kill more civilians per capita than almost any other nation—around 1000 killings per year. Also, even if the United States were to free every single black prisoner, we would still have the largest prison population in the world and by far the highest rate of incarceration per capita of any developed country.

Police Violence as a Tool of Capital

Second, American police must protect the private property of a very small and wealthy capitalist class. In contrast to European social democracies—which have their own problems, including police whose function it is to protect capital—America has almost no welfare state. So police step in. American police are militarized to a much greater degree than their European counterparts, and America has a much larger proportion of the population that has been discarded as surplus. In short, America has a much larger marginalized population for the police to brutalize than in most of Europe.

Police murdered George Floyd after he had been laid off and forced to write bad checks to survive during a depression. The capitalist class understands that it must keep the working class from challenging property, and the police fulfill that function. This realization should compel Marxists to advocate for demilitarizing the police, funding social welfare spending, and reinvesting police budgets in community services.
These solutions contrast starkly with those offered by liberal HR managers offering miracle cures who place responsibility on individuals for what is a structural problem. Hiring more black police officers will not end police brutality. Diversity training will not end police brutality—neither will a more diverse police force. Only an anticapitalist solution that attacks root causes can do that. Our goal as socialists ought not to be just ending the racial disparities in police brutality but ending police brutality, and other forms of exploitation, altogether.

« Why is it never class struggle when black workers fight back?

When the Culture War Comes for an Abusive Boss »