How Buffalo Class Unity Moved A Congressman on Medicare for All 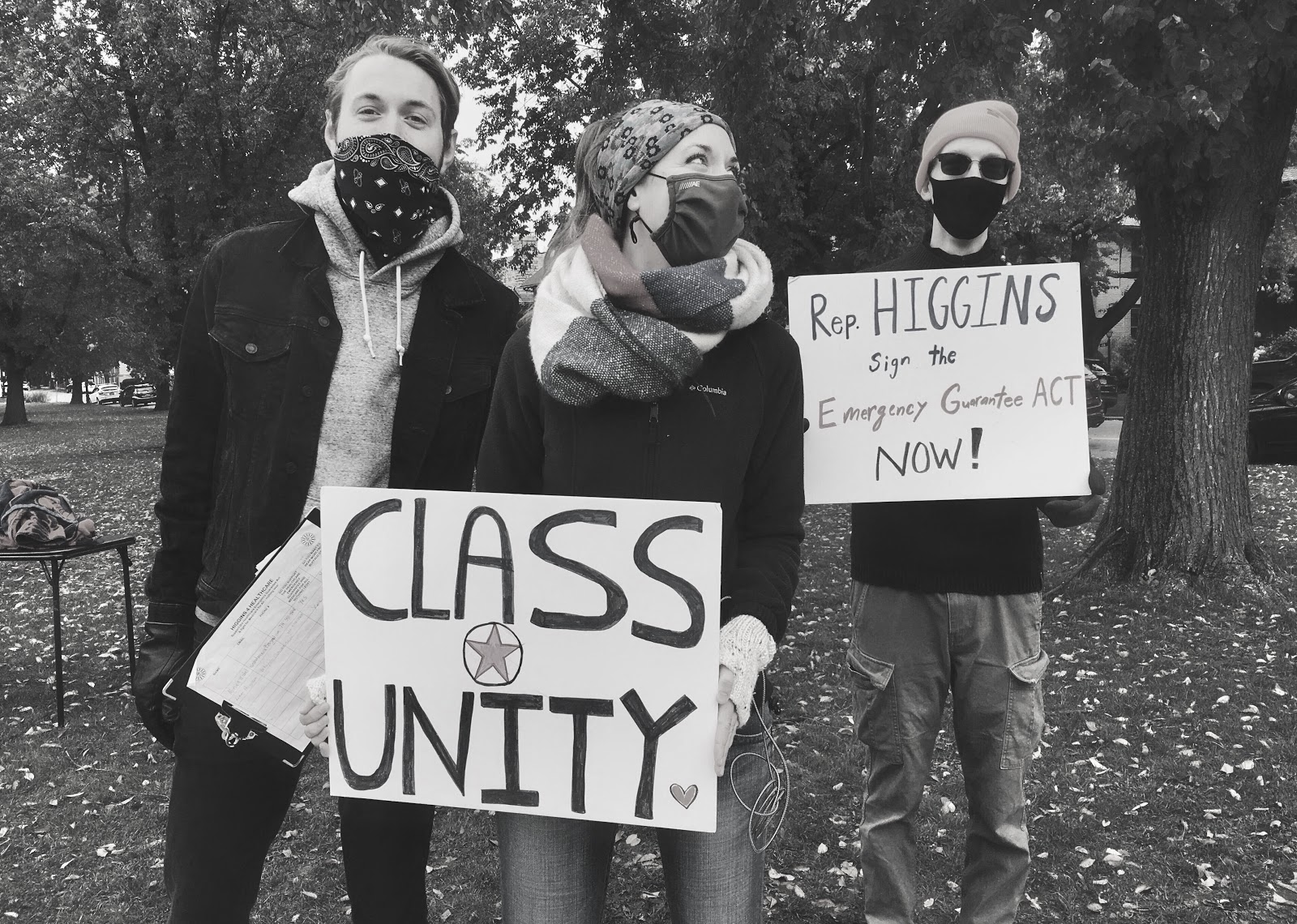 But after a small group of Class Unity members decided to begin a health care work group with tangible goals, they quickly gathered members from different backgrounds and applied local pressure where and when it was needed most.

Through building the group and its political education strategy, there is now a core of bold and focused healthcare organizers who organized each other about a path to single payer healthcare that eliminates the profit motive in Buffalo DSA – and brought that demand to the community to join in. With a clear focus on educating people about class struggle and Medicare for All, while campaigning and petitioning for the latter, the Buffalo DSA Healthcare Workgroup convinced Rep. Brian Higgins, a Buffalo Democrat, to cosponsor the Health Care Emergency Guarantee Act (HCEGA) in the U.S. House, which is essentially Medicare for All on an emergency, temporary basis.

The plan would guarantee that everyone, regardless of employment, immigration, or insurance status, gets health care. The federal government would cover all costs of treatment for uninsured Americans as well as all out-of-pocket costs for those with private or public insurance throughout the duration of the COVID crisis. According to one poll, 73 percent of American voters support Medicare covering all out-of-pocket health expenses during the pandemic, including 58 percent of Republicans.

How did a brand new group of DSAers get a reluctant Democrat that receives donations from the insurance industry to sign on?

“Through strategic pressure and doggedness,” said Moira Madden, one of the Buffalo DSA members who organized the health care working group last summer. It began with an internal chapter request for volunteers to help phonebank on behalf of Medicare-for-All and canvass the community face-to-face every weekend for a month.

“It was in the middle of a pandemic, so we wore masks and went outside at busy intersections in Buffalo that get foot traffic, like farmer’s markets,” says Madden.

The group established their unabashed organizing conversation style through a consistent focus on the dysfunction of capitalism – using the private health insurance industry during COVID as the prime example – as well as willingness to show up to a representative’s neighborhood and make their demands. Their efforts led to 115 Buffalo residents contacting Higgins through phone or email. They also got over 160 signatures for their petition.

It was enough to get Higgins’ attention. He agreed to meet with the Buffalo DSA health care group in early November. In the meeting, activists pushed the conversation towards the undeniable injustice of the current healthcare system.

“Everyone in the meeting did so well arguing about the federal failures of healthcare and how there’s no central planning in our government at all,” Madden said. “Everytime we asked him about single payer, he kept trying to bring up the [Affordable Care Act]. They always do. But  finally, I was like: ‘Representative Higgins, let’s get down to brass tacks: Do you think ideally health care should be tied to employment?’”

“He sighed: ‘Well, no. That’s something we should get away from.’”

The group pressed him further: “‘COVID has really shown the fragility of our health care tied to employment status. If we believe healthcare is a human right, and other capitalist countries have single health payer, we can’t say it’s not a political possibility and it’s frustrating to have it treated like one,” Madden said.

Eventually, Higgins agreed to co-sponsor HCEGA and use his office for more public advocacy for universal health care.

“It was amazing that we flipped a Health Care Emergency Act voter in the government,” says Madden.

The work, however, is far from over. Health Care Emergency Guarantee Act was tabled but is anticipated to continue to be introduced in budget and COVID relief measures. Medicare For All won’t happen without a fight, which is why DSA’s Class Unity caucus members in New York, Indiana, Kentucky, California, and Pennsylvania and other states are all prioritizing it in their organizing work. Buffalo CU’s work in training up members to have organizing conversations, growing their group, and establishing communication through a principled and consistent demand of the state in the fight for single payer healthcare is an example of a smart way forward for groups who want to apply pressure to politicians even with limited resources.

“We’re just going to keep going,” says Madden. “We’re not going to take the feet off the gas until we get a system that doesn’t profit off of denying care.”

The path to a workers’ party »