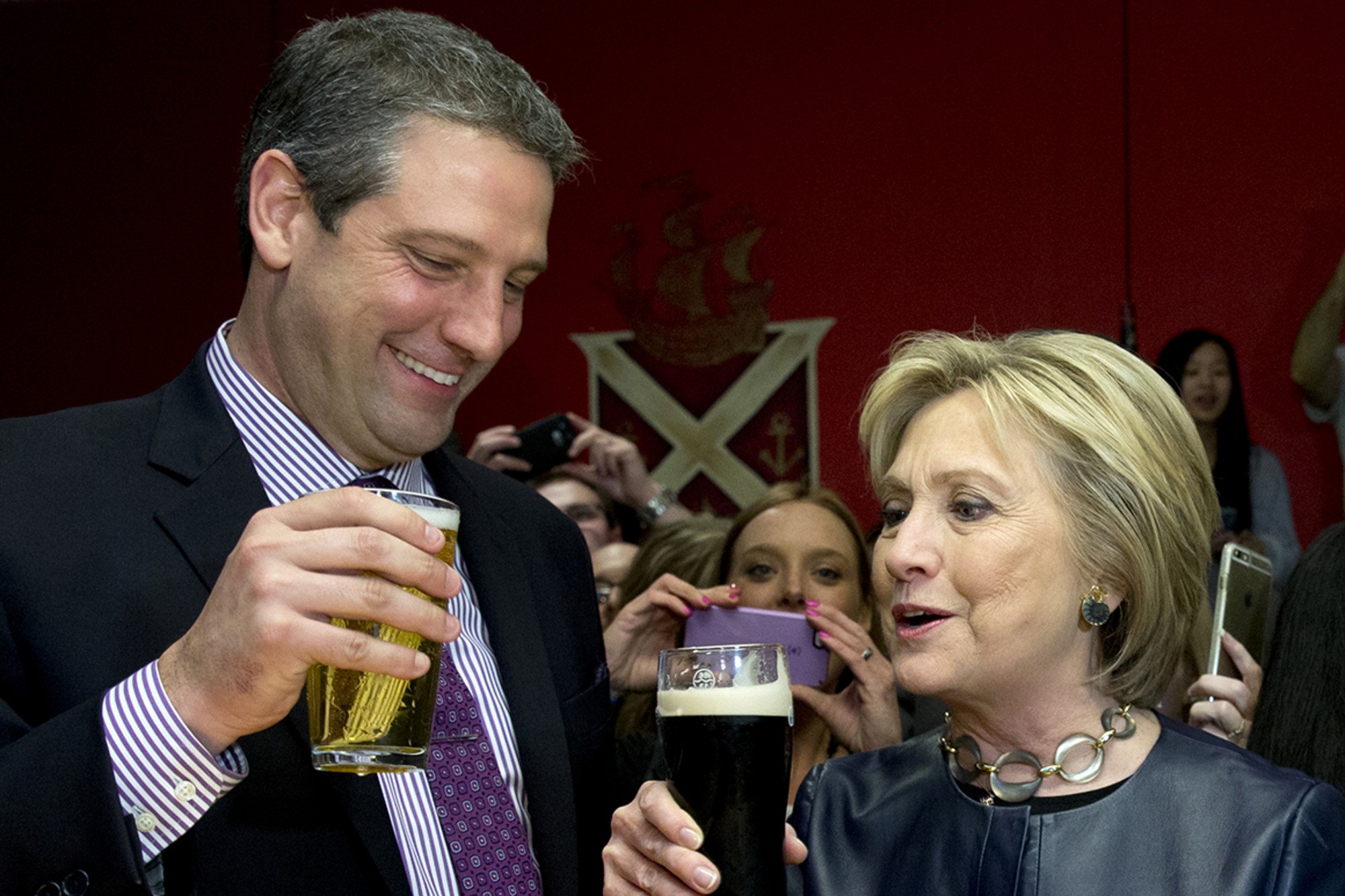 I have a strange parasocial relationship with Rep. Tim Ryan, D-Ohio.  You probably don’t know who Tim Ryan is. He’s running for the US Senate. If you know Tim Ryan at all, it will probably be from the 2020 presidential debates where he tried (and failed) to take on Bernie Sanders over healthcare.  Or You might know him as the other 2020 New Age presidential candidate.

Actually you would not know that. I only know that Tim Ryan is into yoga because  I’m obsessed with him.  Because I’m from the same town in Ohio Tim Ryan is from, Niles.  I went to the same high school as Tim Ryan. Earlier this week, I learned I’m even related, tangentially, through marriage, and cousins, to Tim Ryan. His dad worked at Packard. My parents both worked at Packard. We were both raised by Catholic families. There is no way or reason I should have turned out a socialist and he turned out a centrist Democrat completely lacking in moral character or a meaningful theory of change unless he just actively does not care that people die cruel deaths as a direct outcome of his decisions.

DSA talks about Jamaal Bowman. When is DSA going to talk about what a sellout Tim Ryan is? I’m DSA Class Unity and I’m here to tell you that Tim Ryan never saw a defense spending bill he didn’t love. He never saw a war he didn’t want to support. He never saw a genocide he would lift a finger to stop. Tim Ryan knows that children are being murdered in Palestine, and he jumps to give money to Israeli military projects.

You know what Tim Ryan likes? He likes fracking. A vote for Tim Ryan is a vote for fracking.

He likes cops. A lot. If you want more cops, Tim Ryan is absolutely your guy.

Let’s talk about labor. Tim Ryan’s campaign slogan is now “Workers First.” It’s on all his yard signs. But not so much that we get a raise in the minimum wage or pass the PRO act. And you can fucking forget about Medicare for All.

If you want to see what kind of friend to labor Tim Ryan really is, let’s see what he does when the railroad workers reject the tentative agreement. I bet you won’t see him on the picket line. He’ll fly to DC to back Biden’s play to try to crush the strike like the air traffic controllers.  Because I’ve been watching him for years, and if there’s one thing you can bet on, it’s that Tim Ryan will pick the most morally repugnant side on any conflict any chance he gets. I swear, it’s like he made a pact with the devil.

The Democrats are telling us we need to get out the vote for Tim Ryan, because he will be the vote to break the filibuster. Then, Biden will magically swerve hard left and do something for working people. People, that is not going to happen. Tim Ryan is out here taking money from Joe Manchin’s PAC. How are you going to tell me that somebody taking money from Joe Manchin is going to break the filibuster?

Now the much-beloved late leftist podcaster Michael Brooks used to say we should all vote for Joe Biden as harm reduction. I wish he would have lived to see what that “harm reduction “ turned out to look like. I wonder what Michael Brooks would say now.

I know what I say now. We cannot afford, as the planet crashes into climate change peril, to have another Democrat in the Senate who backs pipelines.  Not a single day can we afford that.  Folks! He is a dog turd! He is a big fat nada for America.